Posted on June 15, 2018 by northwestnorfolkstonechats

During the course of ringing some of the first brood Stonechat chicks, we noticed that several broods were slow in development. Some chicks which were technically a week old hadn’t developed as much as expected given their age. So it seems that some pairs have had difficulty finding enough food for their young, even though these were only fairly small broods, some with only 2 or 3 chicks. We also had more than our usual share of unhatched eggs this time round – several broods have had between 1 to 3 unhatched eggs. 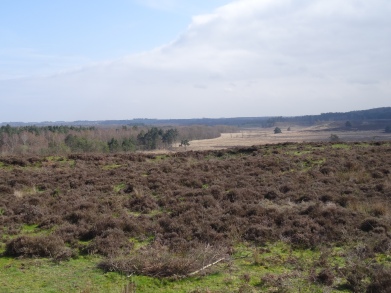 In theory, the adults should have had an easier time finding food to feed their young on Dersingham Bog so far. We have fewer pairs this year and some territories which were divided into as many as three new territories last year are now occupied by only one pair. So there should have been less pressure on the overall food supply, so we’ve assumed that the winter weather has also impacted our insect survival rates.

Without empirical data, we’re left with speculation,  but possible causes could be: 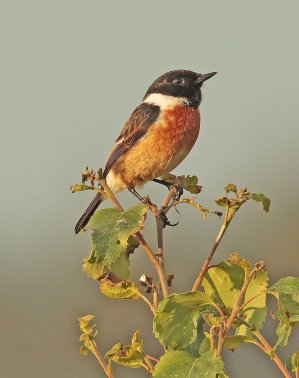 Another indication of the impact of the winter weather on our Stonechat population has been a comparison of the number of ringed birds from last year to this. So far we have only 4 ringed birds, with the remaining 8 Stonechats on territory being unringed. This compares with last year when we had 25 ringed adults holding territory during the breeding season. And of those 4 ringed Stonechats this season, only 2 are territory holders from last year. Both these ringed birds spent the winter off the reserve, so wherever they ended up, fortunately they somehow survived the bad weather to return to the same territories for

It’s only been a couple of years of monitoring winter occupation and site fidelity  so it’s too early to draw any firm conclusions but a rough pattern was emerging of considerable site faithfulness. So we can only assume that the rest of those 23 ringed birds from last year may not have survived the winter. Certainly, of the Stonechats which occupied the reserve during the winter, none remained through the bad weather and into the spring so the losses may have been considerable.

On a practical note, we’re experiencing the same survey difficulties we’ve had in the past when the majority of our birds were unringed. With some core territories being close together, it makes it trickier for our volunteers to be sure which Stonechats they’re seeing. We’ve certainly been spoiled in the past with so many ringed birds on the reserve making it easier to ID birds.

So far our core territories are the only ones which are occupied and large territories, which had divided into 3 territories last year with the arrival of new pairs, are now back to being one extensive territory. So, hopefully, that will help with food supply for the pairs and chicks. How and if the situation changes for second and third broods remains to be seen… but we’ll keep you posted!